Old Bill’s Pest Control was formed by Dave after thirty years as a police officer dealing with a different kind of community pest.

Originally launched in early 2012, it has grown from strength to strength based upon our quality of service and reputation. 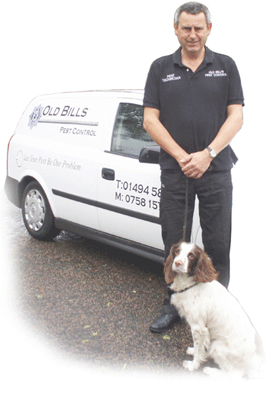 As a growing company we realise that we are only as good as the people we employ. As such all staff are carefully selected to represent the best in the industry. We also invest in ongoing training to ensure that we maintain our standards.


Our aim is to give you peace of mind and the knowledge that a job has been well done. It is to be the best at what we do, in everything we do.