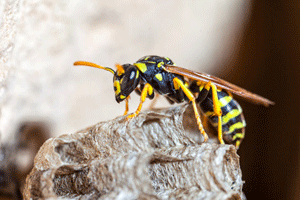 The initial telephone call should enable us to help identify if it is a wasp bee or hornet problem.

In most cases we can treat the nest in a single visit. 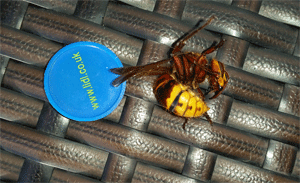 Removing a wasp nest can be very dangerous.

Wasps inside the nest will feel threatened and often become aggressive. This could cause them to sting you and others as they defend their nest and young.

To get rid of wasps you do 'not' need to remove the nest, but you do need to treat it and the nesting wasps.


It couldn't be simpler, just give us a call.

Please Note: the removing the nest may not be possible if it's within a cavity wall or similar enclosed location. 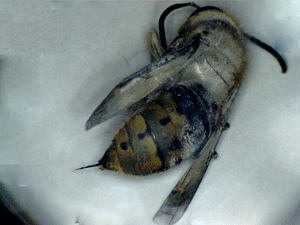 The presence of wasps and hornets around premises can cause considerable alarm due to their numbers and their apparent willingness to sting with little or no provocation. Both species have similar life cycles feeding on other forms of insect life.


Reported sightings of wasps during April through to June are usually restricted to individual queens as they emerge from their hibernation and set about the task of finding a suitable nest location. Should you encounter large numbers of ‘wasps’ during these months it is probable that they are, in fact one of the species of bees which become active much earlier in the year. 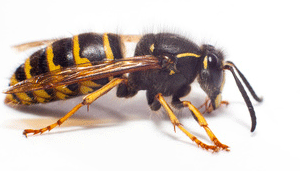 Wasps are a common sight during the summer months especially in areas with good levels of other insects. Hornets are far less common and although less prone to stinging than wasps, should still be treated with caution.


The effects of stings can prove painful, varying considerably from person to person. In a small number of cases, stings can result in the onset of Anaphylactic Shock requiring urgent medical attention. 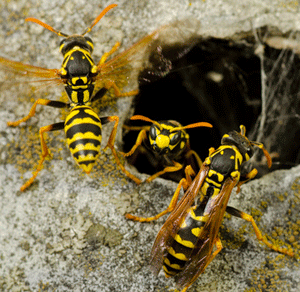 Although an individual wasp is able to sting repeatedly, multiple stings by large numbers of wasps are uncommon. This is normally as a result of the nest site itself being disturbed either unwittingly or by people attempting DIY treatments of the nest. 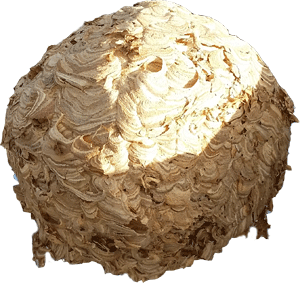 In the vast majority of cases we are able to locate and treat the nest in a single visit. On the very rare occasions that we are unable to do so, other control measures can be put in place to significantly reduce and control their numbers.