There are now estimated to be in excess of 2 million deer in the UK with the populations increasing due, in part to non-indigenous populations becoming established.


The only native species are the Red and the Roe. Other species such as Fallow, Sika, Muntjac and Chinese Water Deer have all been introduced. 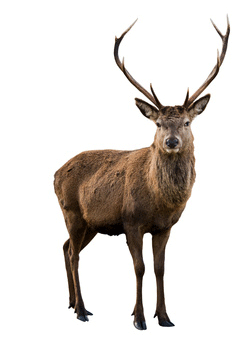 As deer populations continue to increase so does the pressure on suitable habitat and the requirement to manage and control their numbers.


Recorded figures show that there were 74,000 car collisions involving deer during 2014. In addition to damaged vehicles and injury to the occupants, these will often result in injured animals wandering off and suffering a prolonged and lingering death.


Increased populations of deer also result in significant crop damage and financial loss within agriculture and forestry as well as established gardens in rural locations. 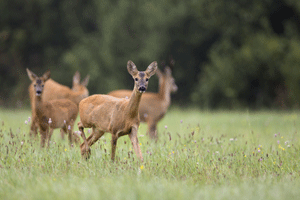 There are only two methods for the control deer, these being the installation of deer proof fencing or reducing the population through a managed culling program by suitably trained and qualified marksmen.


We are able to advise or undertake control of deer in a variety of locations; however this is always subject to a site survey and detailed risk assessment.