April - Black ants are starting to forage - looking for food

The sight of a single foraging ant is not something which causes particular concern for many people, however be assured that when you do spot one, it will not be alone. Once an ant locates a potential food source it will soon be joined by others. The nest, often consisting of several thousand of its siblings will be located nearby. 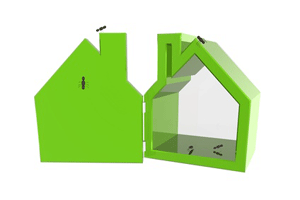 With ants the problem is not so much what it does as where it’s been. Whilst they do not transmit decease directly to humans, they are capable of picking up viruses and pathogens in their travels which they subsequently transfer to food or preparation surfaces. Hence the need for control.


All ants live and reproduce in colonies and share a similar life cycle, however whilst the black ant has only one queen in the colony, other species such as the Pharaohs ant and Ghost ant have multiple queens.


Whilst black ants normally establishes nest sites outside buildings several other species establish colonies inside the fabric of the building itself.


It is these differences which determine the most effective methods of control. 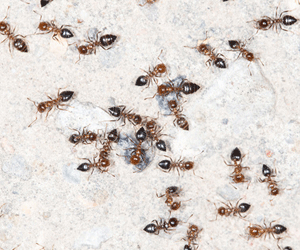 Black ants can often be prevented from foraging into premises by the correct application of suitable sprays or dusts. If the nest site has been located outside it is often possible to locate and treat the nest directly, resulting in a quick and effective one off treatment.


Pharaohs or Ghost ants can be far more problematic. Not only is it normally impossible to access nest sites within the fabric of a building, ant species with multiple queens are able to quickly relocate or divide the colony. This results in multiple new colonies becoming established and dispersal throughout a building further adding to the problem.


In these circumstances, a prolonged integrated approach may be required to ensure the proper control and eradication of the colonies, including the queens.