The presence of Rats in your home or business can be very distressing as they can transmit a number of serious diseases.

If they gain access to your home or business they can cause damage and contaminate food.

Take prompt action, Visit our Rats Page for help and advice on resolving your Rat problem. 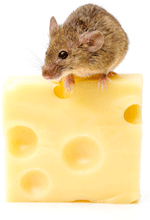 Mice in your home or business pose great health threats in kitchens or where children play.

Looking for the signs of mice can help to identify a problem early as their natural gnawing habits can result in significant damage to your property.

Take prompt action, Visit our Mice Page for help and advice on resolving your Mice problem.

The GlisGlis or edible dormouse, is classed as a destructive introduced species. To those who have not encountered them before, they resemble a small grey squirrel in appearance.

The initial population was established within the Chilterns area but are now expanding their territory to other parts of the UK.

This expansion is being driven in large part my well-meaning, but misinformed people catching them and releasing them back into the wild.

Despite their cute appearance, they cause considerable damage to our native fauna, damage to buildings and immense distress to homeowners due to their nocturnal behaviour. 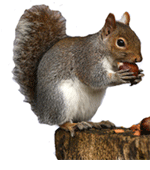 The grey squirrel is one of our most destructive rodents.

Once inside premises, their gnawing can result in damage to electrical installations, cabling or other materials. They are also known to gnaw lead flashings on roofs, appearing to enjoy the texture of the soft metal.

Take prompt action, Visit our Squirrels Page for help and advice on resolving your Squirrel problem.